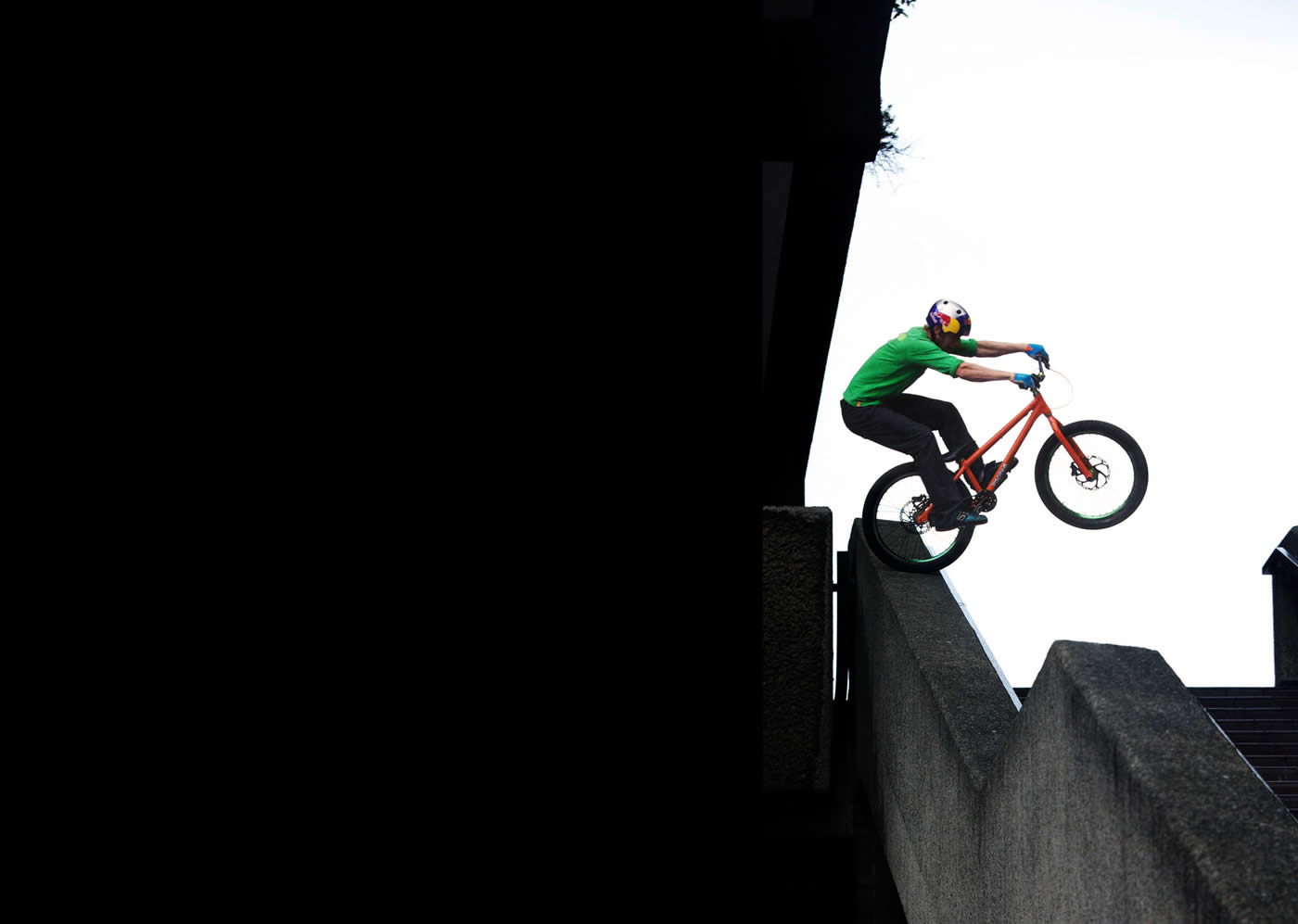 Own It Now on DVD! 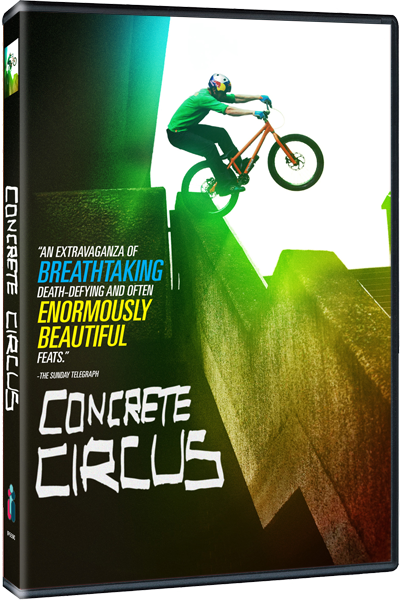 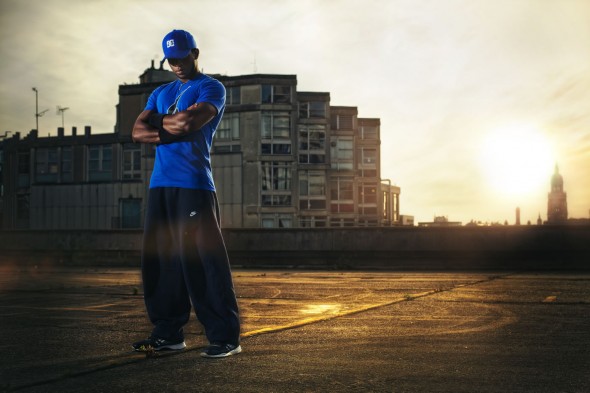 OF CONCRETE CIRCUS At

CONCRETE CIRCUS, Directed by Mike Christie, is a mind-blowing channel 4 OD short films production. The CONCRETE CIRCUS movie, filmed in various parts of the United Kingdom, is one of the best sports movies to bring together the biggest action sports stars in extreme BMX stunt games, skateboarding games, and the free run game. Unlike other extreme sports movies, Concrete Circus actually focuses on the main characters and how they have honed their skills overtime. Concrete Circus allows viewers to obtain a unique prospective on the men that choose that perform these infamous stunts as a regular profession. CONCRETE CIRCUS is a movie that is part of the HD documentaries series that follows famous sport stars from the extreme sports world within the United Kingdom. Concrete Circus allows the viewer to see the best street sport stars engage in some of the world’s most dangerous sports and extreme activities.

With the help of the extreme sports filmmakers shooting some of the most beautiful and dangerous skateboard stunts, bicycle tricks, and free running it is no wonder that Concrete Circus was rated one of the best action packed sports movies of 2012. What sets Concrete Circus apart from other sports movies is that the movie not only highlights extreme sports stars performing an infamous stunt list, but also highlights how these stars have mastered their complex moves. Concrete Circus gives in depth, but brief summaries on how Danny MacAskill, Paul ‘Blue’ Joseph, Keelan Phillips, Kilian Martin, and Mathieu Ledoux have honed skills while developing professional careers in extreme BMX, parkour, skateboarding, and rollerblading.

Never before has a sports film been able to capture some of the most mesmerizing and often death-defying extreme sport action that push the limits of possibility within Parkour, skating boarding games, urban trial bike stunts games, and BMX bike stunt games. While other extreme sports movies display grossly over exaggerated stunts, the spectacular CONCRETE CIRCUS movie finale displays a non-stop action packed ride with the best skateboard extreme stars, bike stunts games stars, and free running Parkour stars on screen for the very first timeIn CONCRETE CIRCUS the viewer is able to delve into the lives of extreme sports stars and why they do what they do. Although street trial riding phenomenon Danny MacAskill has ten million plus views on youtube, there is not a sense of what motivates him, where he is from, and why did he chose to BMX over other sports. Concrete Circus answers these questions and more with it’s in depth but brief summaries of its main stars.

In addition, viewers can also learn about freestyle skateboard professional Kilian Martin, BMX flatland professional Keelan Phillips, Parkour professional Paul ‘Blue’ Joseph and free running Parkour moves specialist Phil Doyle. Concrete Circus allows the audience to see a list of skateboard tricks by Kilian Martin like the 360 pop shove it, and stunt bicycle tricks performed by Keelan Phillips like the Fufano. The Concrete Circus movie allows the audience to see one of Keelan’s favorite moves, the BMX flick trix and the BMX backflip that took Keelan years to learn and master as well; and the same can be said for the skateboard moves that Kilian Martin performs..

‘Danny MacAskill stars in 4od on demand Concrete Circus film. This 4od on demand film is yet another epic piece of filming that is unpredictable and action packed. This is one of the few sports documentaries that contains the sports stars that are the best in their current field of practice from the BMX world, parkour world, rollerblading world, and skateboarding world. This movie is a treat for sports movie fans who had to sleep through boring sports movies, an example of the exciting sports video is the Industrial Revolutions in the Concrete Circus series from Mike Christie.’ – The Daily Telegraph E News Paper

‘The 4od on demand Concrete Circus allows audiences to see a new generation of the very best urban sports stars are teaming up with incredible extreme sports film-makers. This is the only movie to capture the attention of skateboarders, professional parkourist, extreme BMX bike riders, and inline skaters across the world.’ – Concrete Circus, Channel 4OD

‘Concrete Circus is a Channel 4OD documentary that showcases the unique skills of some very talented “urban athletes performing in some of the worlds most dangerous sports and extreme activities. Never before has a movie captured the essence of extreme sports and what it is like to be a part of that world.’ – The Daily Telegraph E News Paper

‘The Concrete Circus DVD isn’t even over and I have already been left awestruck, emotionally drained, in tears of wonder and with a strange sense of pride for these incredible people – skilled athletes and artists – for that is what they are – and the film makers. These boys in the Concrete Circus DVD are an inspiration – not necessarily to go out and leap from roof to roof, or flip boards – but to start taking risks in life, try something new everyday, to do creative thinking exercises, think positively, and above all have FUN! Concrete Circus is one of the must see films. Thanks film four OD for this great documentary.’

‘Concrete Circus is absolutely amazing when I saw this it really made want to go out and try bicycle tricks or learn free running parkour moves. The Concrete Circus BMX trick section has inspired me so much. Watching Danny and Keelan create crazy flatland BMX tricks just astounded me. Now I am eager to watch other film 4 on demand series.’

‘Concrete Circus was amazing, it so fresh to have the biggest sports stars in extreme BMX stunt games, skate boarding games, and free run games shown in this way. It’s rare that people catch the absolute elements of art form that this is, more please Channel 4OD!’

‘Concrete Circus was the most amazing, influential, best documentary films and art that I have ever seen. I have never seen anything like this and channel 4OD (film four on demand) should be applauded as well as the people involved for putting together . I especially loved the amazing parkour moves that ‘Blue’ Paul Joseph performed through his freestyle running  . Concrete Circus should receive the utmost movie rankings for one of the best documentaries ever filmed. ’